Finally! We’ve been on a mission for the best part of a year now trying to brew Ireland’s first organic beer. It’s something that’s close to our hearts and one that has been gnawing at us since we began.

We knew when we started that we wanted to keep our beers as natural as possible. Lobbing in all sorts of ‘brewing aids’ was a no-no for us. That’s not how we live so it wouldn’t sit right with us to do it to others. Pretty much all our beer is chemical/additive free so it was a logical step for us to brew an organic beer.

Most food producers have to list all ingredients added to their products so that consumers can make an informed choice. Not so with breweries who have been getting away with murder for years. The ingredients listing for beers are only required to list the main ingredients while ignoring many of the additives and chemicals tossed into the beers. We have no idea why but some head honcho somewhere made it so.

Too much foam? There’s a ‘process aid’ for that. Too short shelf life? There’s an additive for that. Beer not clear enough? There’s a fining for that. Truth is, many additives to food are only carried out on the basis of speed and profit calculations and not in the interests of the consumer. 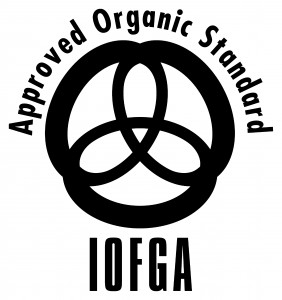 Little did we know that getting organic ingredients is not quiet as easy as it seems – especially at scale. But we made it in the end and went through the certification process with the good folk at the Irish Organic Farmers and Growers Association (IOFGA) – itself a baptism of fire with a four hour inspection but one that was totally worthwhile.

If we could find the organic ingredients for all our beers they’d all be certified organic but for now it’s 12 Towers standing alone. We’re really excited to see where this goes. We’re on a bit of a mission with this to have it sit alongside other beers in the same price range and prove that organic doesn’t have to be more expensive than non-organic beers. We think that’s a worthwhile thing and we’re totally obsessing to see how it fares. 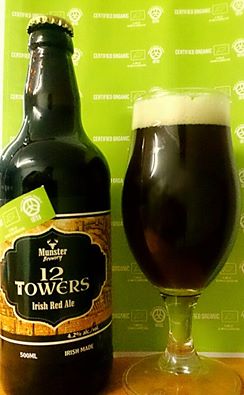